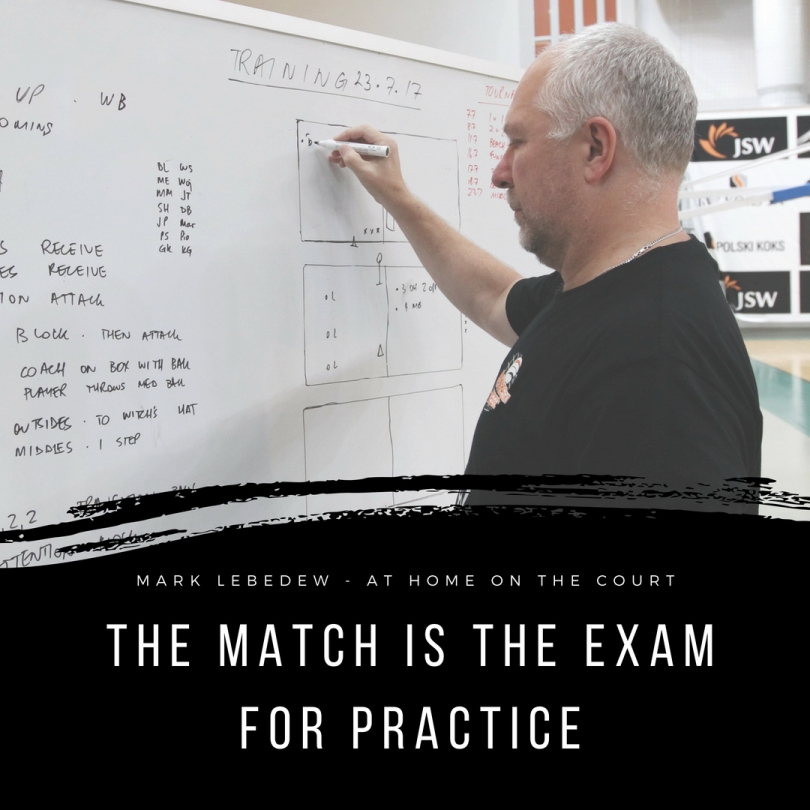 The object of practice is to prepare to play matches.  It seems like an obvious thing that I don’t need to say, but sometimes we all need reminding.

Coaches spend their practice time to improve their team’s chances of winning the matches.  They studiously play their practices (hopefully), inventing new types of wheels using all parts of their imagination.  Then at the end of the week they rest (on their laurels) thinking they have done a great job and now it is up to the players.

After a poor match the same coach will (often) reflect on the match, comparing the great work they have done during the week with the performance of the players and come to the (inevitable) conclusion that the players were lacking in some aspect, probably mental toughness or some other psychological weakness.

The object of practice is to prepare to play matches.  If the match performance was poor, the correct conclusion is that something in the preparation was poor, almost certainly practice.  It is impossible to judge whether practice was good or not until after the match.  The match is the exam for practice.