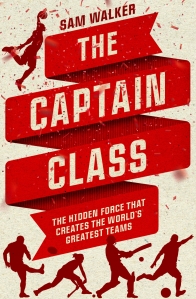 Right off the bat, let me be clear. The concept of the ‘Quiet Leader’ is one that I agree with completely.  I have personal experience with wonderful ‘quiet leaders’, and if I were forced at gunpoint to describe my own leadership style, ‘quiet’ is probably as good as any other description.

Perhaps because I have a vested interest in the premise of the book, I found it incredibly frustrating and annoying.  The book has two major flaws in its execution.

The author falls into the classic trap of thinking that any piece of information that does not completely validate his premise must by definition invalidate it.  It wasn’t enough for him to prove that ‘Quiet Leadership’ was an effective and surprisingly common leadership style, he had to prove that it was required to be a top team. To provide the platform for his ‘proof’, he creates a very complicated, feux empirical method for determining the best teams of all time.  This seems valid because it is complicated.  It seems much less valid when you look at the teams chosen in the top level and those who miss out, and why.  The further you read, the more you can’t shake the nagging feeling that the reason that quite a few teams missed the cut was because their leaders were not quiet (and would therefore invalidate the premise). For example, the Chicago Bulls / Michael Jordan.  There are also examples of choosing a player as the most important leader who was not the captain, but who better fit the model.

This either/or premise is common everywhere, not least in coaching literature, and is constantly infuriating.  Of the examples presented in this book, it would not make Rechelle Hawkes a worse leader to accept that Michael Jordan was also a great one.

The second flaw is that he once he has established his parameters and identified his leaders, he is happy to contradict himself where necessary if he thought it makes his leaders seems better. For example, ‘Playing to the edge of the rules’ is one the ‘Seven Methods of Elite Leaders’ and a chapter is devoted to the leaders among his group who played to the edge of the rules, i.e. cheated.  Yet in other sections he is happy to laud others from his group for their fairness.

The last point is about the All Blacks.  The All Blacks are the greatest rugby team of all time and have been for virtually the entire last hundred years.  They have an astonishingly successful team culture.  They are an incredibly interesting team to study.  They are a terrible example to try to emulate.  The world they inhabit is utterly unique.  The place they hold in New Zealand society and culture has evolved over the course of over 100 years and simply cannot be replicated.  Please stop saying we should be like them.

My suspicion is that having committed to writing a book, the author discovered that there was not enough content to fill one, and had to make a bunch of stuff up.  That is unfortunate.  The idea is a great one.

The total of 82 practical Coaching Tips can be found here and here.