Short rallies are the result of an incredible level of skill, coupled with amazing team play and understanding.  Educating the volleyball and wider public in exactly what it takes to keep rallies short would be my first priority.

Service errors are fully formed rallies, with an emotional buildup, an action and an emotional release.  The quality of a rally is completely unrelated to the number of contacts it contains. Many long rallies are the result of poor skills or, even worse, chronic risk aversion.

I do understand, however, that I am in the minority in (virtually all) my opinions, so I will propose a solution to keep everyone happy.

If the game were officiated as it is written, a few things would happen.

Volleyball is the most dynamic sport in the world.  By a very large margin.  It is characterised by the speed of movement and action, outrageous skill with a ball, borderline violent actions, and unsurpassed team play.  Personally, I would focus my energies on promotion of the game as it is, and education of the public to create a better understanding of what is really happening (for example, by using expert commentators in TV broadcasts).  But if you told me I absolutely had to make rallies longer, this is how I would do it**.

The example below is an unusual in the sense that this exact rotation is rare, but there are many other examples in ‘normal’ situations.  Here you can see in the first picture that the players are in correct rotational order.  In the second picture, you can see that position 4 is roughly 4m!! out of rotation, and position 1 is only 1.5m. 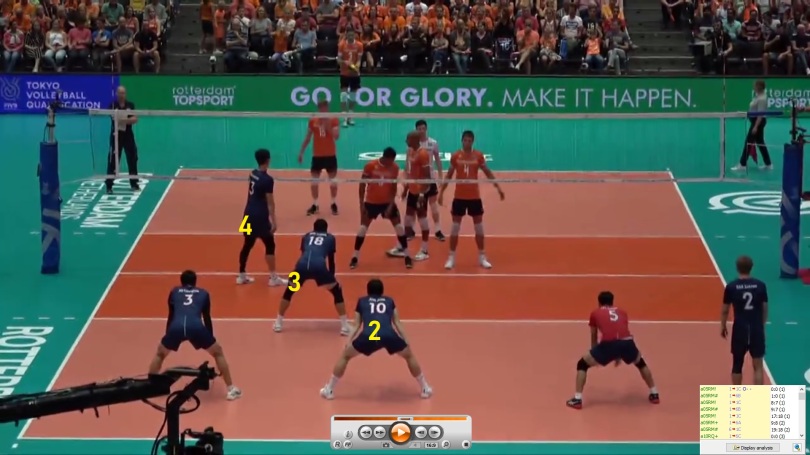 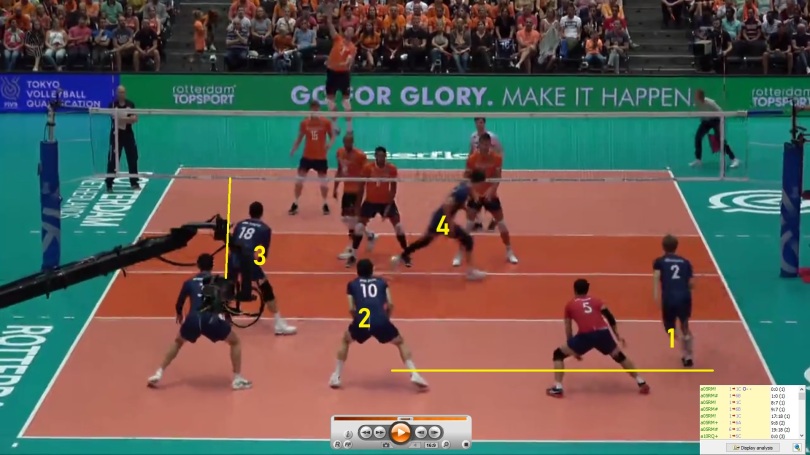 * This might actually be overestimating it. At the Asian Championships that was just completed, I noticed on many occasions that the second referee was not even looking at the receiving side.

** Some people will say that this will lead to rallies being interrupted.  That would doubtless to true for a very short period of time until teams got used to the correct interpretations.