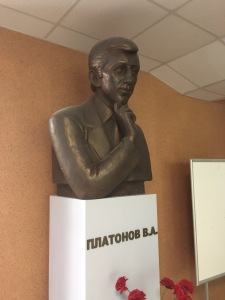 This is one of the age old questions of the coaching profession.  In the American system, sport is very closely aligned with the education system.  Coaches are considered at least the equivalent  of teachers, and a lot of the coaching literature that orginates in the United States emphasises the teaching aspect.  Hugh McCutcheon talks about preferring to be a better teacher rather than a better coach**.  John Wooden always referred to himself as a teacher and emphasised that part of his role.

The great Russian coach Vyacheslav Platonov also had some thoughts on the subject.  He saw a fundamental difference between the two.

“A coach must also be an educator. during training he must always think of technical and tactical execution, but he must also keep in mind the psychological effects. However, there is a contrast between the coach and the educator. The coach must be a diplomat one day, an artist the other day and a democrat the next day, while he is a dictator again the next day.
Everything depends on the state of the team and the moment on which he fulfills the particular role. As far as the work of the coach is concerned, the most important characteristic is ‘justice’. If the trainer is fair, the players always understand the coach.”

The quote comes from an obituary published in the Dutch Volleyball Coaches Association (NVVO) magazine.  Click here for the original text.

**To put into the correct context, if he had to choose between them.